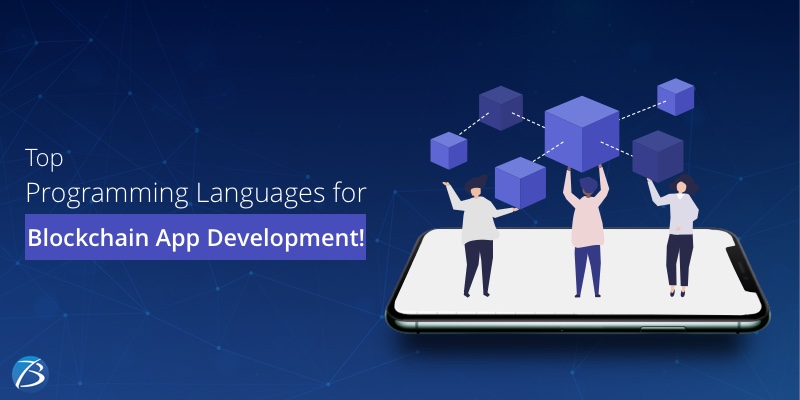 Blockchain has become a buzzword in today’s tech world. This technology has successfully resolved the traditional roadblocks existent in certain industrial domains by decentralizing data and opening up new avenues of security and transparency.
Blockchain records digital information in a manner that the information can be recorded and distributed, but not altered. Hence, Blockchain is used to form immutable ledgers and records or transactions that cannot be hacked, modified, or destroyed. Blockchain applications are employed for demanding tasks like the exchange of cryptocurrencies, the secure sharing of medical data, voting mechanism, NFT marketplaces, making/receiving cross-border payments, monitoring supply chain/logistics, and many more.
However, developing such solutions is not an easy task, and businesses planning to adopt Blockchain systems must be aware of the ins and outs of Blockchain development. One of the crucial considerations for creating Blockchain solutions is the programming language stack chosen for development. And, needless to say, the programming language should be chosen as per the project requirements. This post explores the offerings of the top Blockchain programming languages with examples of use cases. The write-up will provide a clear idea and help you to pick the most suitable language stack for your upcoming Blockchain project.
Blockchain Functioning: In a Nutshell
The Blockchain system comprises a digital ledger of transactions. Each block within the chain contains a certain number of transactions and whenever a new transaction takes place on the blockchain network, the transaction record is added to each participant’s ledger. This decentralized database is called DLT (Distributed Ledger Technology) and is managed by multiple participants. 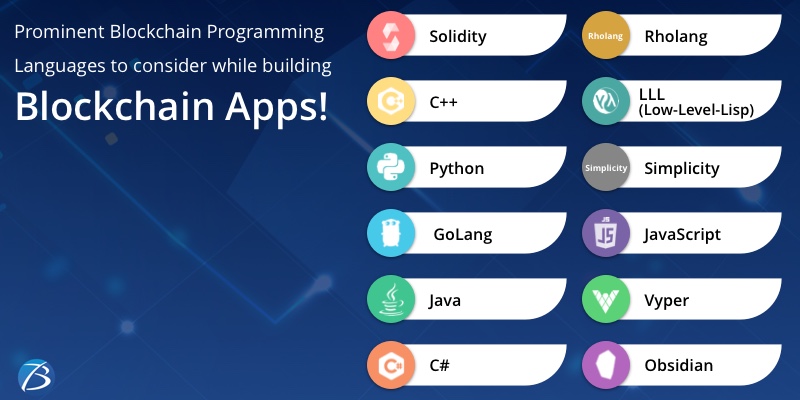 I hope the aforesaid information was beneficial and will help you in selecting the best-suited programming language for building Blockchain solutions. Coming to Blockchain development, it’s a challenging task and has to be executed properly for obtaining the best results. Moreover, creating a Blockchain network is not enough, the system needs to be managed and maintained properly. So, in most cases, entrepreneurs seek professional help.
For professional assistance in developing and maintaining Blockchain solutions, the transformative Blockchain app development services offered by Biz4Solutions, is worth a try! We have the experience and expertise to cater to the Blockchain development needs of global clients with diverse requirements.