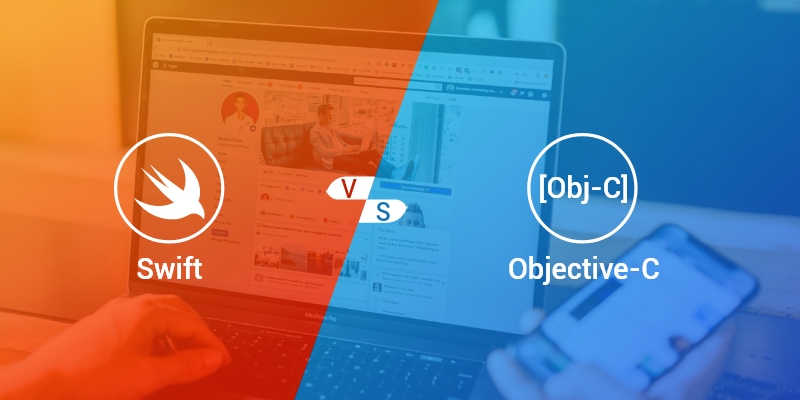 If you are willing to develop a futuristic iOS app for your target audience, then Swift should be your preferred choice. This is so because Swift iOS app development is cost-effective and requires less coding efforts as the language is intuitive, easier to learn, and comes with several advanced features and powerful tools. This modern programming language is going to survive for long due to the plethora of benefits that it offers, as compared to its old competitor, Objective-C.
Earlier, Objective-C was principally used for building iOS applications. However, it became out-dated slowly due to the lack of several useful features offered by other new-age programming languages. Apple Corp had worked on Objective-C improvements for almost 6 years and understood that a better language could be introduced for writing mobile applications. Due to such loopholes of Objective-C, Apple introduced an advanced language in 2014- Swift which had pioneering features to accelerate the iOS app development.
Swift is general-purpose, multi-paradigm, and compiled language. It is a fast, safe, and interactive language specially developed for iOS, macOS, Linux, tvOS, and watchOS. It soon superseded Objective-C and became the favorite of developers across the world. Several giants like LinkedIn, IBM, Facebook, Mozilla, Uber, etc. were already using Swift but now, even start-ups have started focussing on it.
In this blog, we will explore the key reasons why start-ups choose Swift for iOS app development instead of Objective-C. 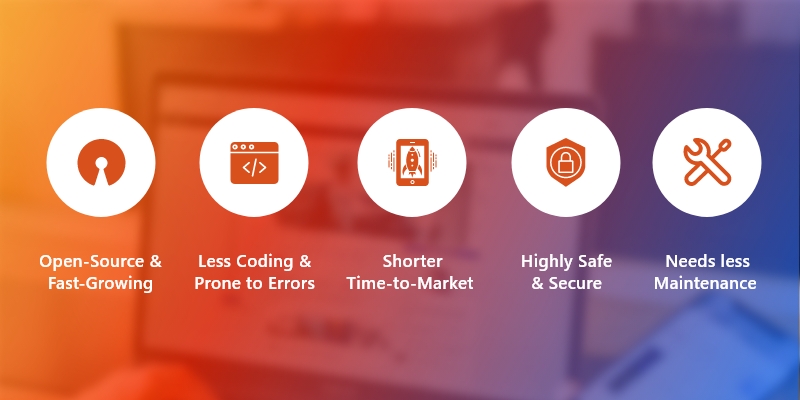 Swift is quite successful today not only because it is feature-rich and well-structured, but also due to a huge support of millions of people, globally. Its independently managed conferences enhance the Swift community. Also, there are two main differences between Swift and Objective-C:
Let us understand in detail about what more is there for start-ups to prefer Swift over Objective-C.

Swift is the fastest-growing open-source language and has great potential. It can be immediately accessible to anyone and start-ups can take advantage of this. Also, Swift can be applied across several platforms and backend infrastructure as well since it is open-source. It is also available on Linux and efforts are being made to bring it to Windows. Swift receives feedback from the iOS app development community to make improvements to get more structured. Comparatively, Objective-C isn’t an open-source language and also becoming out-dated gradually.

Swift is a functional programming language and allows passing functions as variables. It also allows manipulation of data and text strings. This lets the Swift developers develop generic code which reduces the coding efforts to a great extent. So, writing, reading, and modifying the code is easier in Swift which ensures better readability. Also, this language has smaller code lengths due to the use of a feature called- Type interface. This feature helps to avoid incorrect coding and provides less error-prone code.
When a null optional variable is used in Swift, a run-time crash is triggered instantaneously. Due to its consistent behavior, this crash forces the bug-fixing process and so, the bugs get fixed instantly. As a result, even the development time reduces.
However, in Objective-C, complete code needs to be written every time there is a change in the code. So, it needs extensive coding and has greater execution time.

Shorter time-to-market is a critical factor for start-ups. What they want is good-quality products in less time. Of course, they need to hire dedicated iOS app developers for this. But in addition, Swift has package managers that allow the developers to focus on the logic, push their packages for collaboration with others, and use different packages for quickly assembling the applications while significantly reducing the time-to-market.
Similarly, there are many other speed-based advantages that Swift offers over Objective-C apps while developing iOS apps due to which start-ups prefer Swift.

Safety and security is a very important factor while developing mobile apps. Swift has an all-inclusive Security Framework having several APIs that handle authorization services, certificates, keys, trust policies, etc. Some APIs are also used to apply cryptography encryption to the messages. Also, as discussed earlier, the use of a nil optional variable makes the bug-fixing process easier and immediate.
Syntax in Swift forces the coders to write a clean and consistent code. It not only saves time but also supports the safety of the apps, though it may feel strict sometimes. The way Swift handles the bugs ensures safer applications as compared to Objective-C.

Swift for iOS app development is preferred by start-ups for one more significant reason. This programming language doesn’t have any legacy code and so, needs lesser maintenance as compared to Objective-C. Unlike Swift, Objective-C depends on C for its evolution. In C, iOS app developers need to maintain and manage two separate code files- (.h) header file and (.m) implementation file, for better efficiency and building time of the app. The same legacy is carried forward by Objective-C, which can be cumbersome to manage at times. In the case of Swift, only one single file- (.swift) needs to be maintained, making the overall maintenance quite easier.

Has a Bright Future

Swift is a well-designed and well-organized programming language. It provides an enhanced development process along with some excellent features which simplify the developers’ task.
Though Swift has emerged just a couple of years ago, yet it has made a tremendous evolution. Undoubtedly, Objective-C won’t vanish from the market but it has definitely started losing ground ever since Swift came into the picture. Also, it is evident from the conferences held by Apple and its software releases that Apple is going to develop Swift with some amazing features. So, we can expect several upgrades of Swift in iOS app development in the future.
Along with the above-mentioned points, there are a few more considerations for the start-ups to choose Swift over Objective-C, as listed in the below table:

Swift and Objective-C are the two most high-end Apple programming languages. However, Swift supersedes Objective-C in many ways. It is clean, expressive, and intuitive as compared to Objective-C. Also, when it comes to cost-savings, developing a Swift app for your business is the apt choice. So, in this competitive business world, it is advisable for start-ups to opt for Swift and hire Swift app developers for building powerful, immersive, and profitable iOS applications.