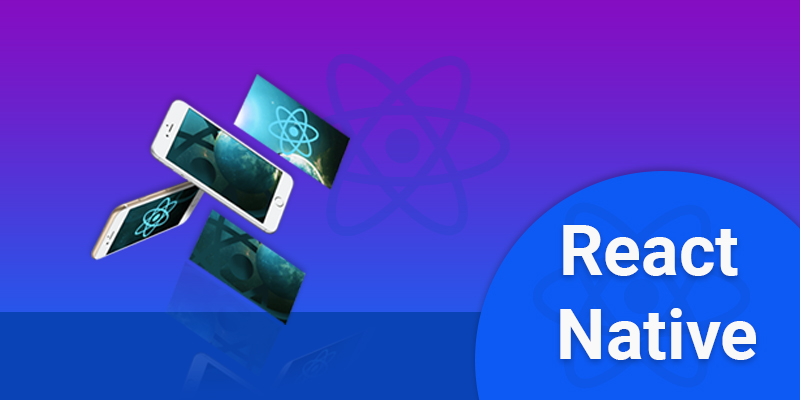 Why does every next-gen organization want to leverage mobility solutions today? That’s because the mobile apps have become the fast-track solution to influence the audiences. So, every company wants a dedicated mobile app.
But the real confusion arises when it comes to the choice of the right framework for mobile app development. As there are a vast number of competent frameworks available in the market, selecting the right framework becomes challenging.
What if there exists a promising framework that helps to design top-quality apps with fewer resources?
The Name of such a framework is React Native and is developed by Facebook and Instagram. React Native mobile app development is preferred by several big players in the market like Facebook, UberEats, Delivery.com, Skype, Bloomberg, Instagram, Vogue, Tesla, etc. to name a few. Javascript and JSX are used to create IOS and Android native apps. With the help of native layout components, React Native is able to create convincing UIs that are pretty much similar to native apps.
Reusability of components, sharable code repository and, “Learn once, write anything” objective, have already made React Native a winning choice for cross-platform app development. So, if you are going to build your next app with this framework or going to hire a React Native development company for your project, this blog will help you to make an informed decision. Here’s a list of some noteworthy pros and cons of the React Native framework.

Pros of using React Native for your Mobile App

React Native app development allows the re-usability of the code i.e. the same code is being used for both Android and iOS platforms. As Javascript is used for development, it gives an opportunity for the developers to use the same codebase not only for mobile platforms but also for React web applications. This makes the job smoother, faster and easier for developers. Targeting multiple OS with one code reduces the coding time by 30-35% approximately. A single team can code for multiple platforms. As a result, team-size is reduced and the project becomes manageable.
React Native has ‘ready-to-apply’ components. So, instead of writing the code from scratch, the React Native app developers can use these components and save their efforts. All these factors boost the cost-effectiveness. The app can be launched in the market at the earliest, improving the time-to-market.

This framework has a modular architecture. It allows the developers to segregate the functions of the code into the blocks called modules. These modules are interchangeable and free and they can be re-used for web and mobile APIs. Due to this, React Native mobile app development becomes flexible, and updating the apps becomes extremely easy.

React Native is an open-source framework and anyone can contribute to its growth. This community of talented and experienced React Native app developers helps anyone and everyone who needs a piece of advice on an issue. It has active support from GitHub and Facebook. Facebook itself uses this framework and their team constantly works to introduce new features, functionalities, libraries as well. Also, companies like Microsoft, Callstack, Infinite Red, Software Mansion, etc. have made their contribution to React Native.

Despite being a new framework comparatively, it is much stable and reliable. It has simplified data binding due to which child elements do not affect the parent data. So, if a developer changes any object, s/he would need to modify its state and then accordingly apply the updates, letting only allowed components to be upgraded.

This is another precious feature of React Native. If a developer makes changes in the code or tweaks the UI, it immediately reflects in the apps, like a live preview even if the apps are running. The developer does not need to rebuild the app for every small change made in the code. It enables the implementation of feedbacks faster and reduces the wait time.

Third-party plugins are usually not considered to be secure and so, the developers face challenges while using them. React Native, on the other hand, has many third-party libraries that are quite flexible and can be used swiftly. Also, there are pragmatic interfaces in React Native having customization options.

React Native looks more like a JavaScript library and not a framework, where the user interfaces are simplified and platform-specific. So, the apps designed in React Native are more responsive and have a smoother feel.

The declarative coding style in React Native simplifies the coding process and coding paradigms which makes the development understandable. The code can be easily read and understand, simply by looking at it.

React Native is still in its infancy. Though it has ‘ready-made’ components to use, the collection is small. Some of the components may even not meet the expected standards, as they aren’t developed by official developers. This limits the developers to create simple basic apps. For developing an app with custom native-like features, one might have to maintain 3 codebases like react native, iOS, and Android.

React Native is based on JavaScript and not suited for the apps that are computation intensive. In terms of memory usage and management, float computations are handled inefficiently and the speed and performance are significantly degraded.

To solve some of the issues in React Native, native modules are required. However, implementing them requires expertise in Java/ Swift/Objective-C and detailed knowledge of a specific platform. So, we can’t deny that occasionally, some help from native developers may be needed. This could be problematic especially to small enterprises or start-ups.

Being an open-source framework the security robustness of React Native may get affected. While creating data-sensitive apps like banking or financial apps, experts advise that this framework should not be used as it is based on JavaScript which is known for its instability.

Isn’t Ideal for All Business Requirements

React Native is known for saving time and money, however, it may not suit every business requirement. At times, when complex features are required to be used in the apps, React Native may not be the apt choice.

React Native has been one of the most sought after frameworks for mobile app development. Though it has its downfalls like every other framework, its advantages surpass the downfalls. Also, the huge React community growing at a fast pace is highly likely to develop more efficient and advanced components and functionalities, making it ‘THE BEST’ framework in the future.
Was this blog helpful to you? We would like to know your thoughts on this. Please feel free to comment here or drop us a mail!