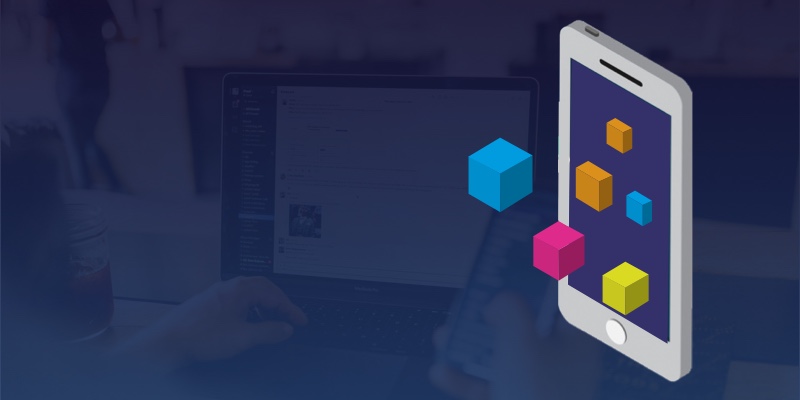 In today’s era of smartphones, we wake up every morning with an alarm app, order meals using a food delivery app and reach the office by booking a taxi on an on-demand mobile app. We also book doctor’s appointments online and order groceries using an e-commerce app. We are dependent on several apps for our day-to-day tasks like never before. There has been a radical change in the way people live after the introduction of mobile apps. This is the reason why so many business owners and enthusiasts are looking forward to developing customer-centric and customized mobile apps.
However, behind such useful apps, there are several robust mobile app frameworks that are the driving tools for developing an app. These frameworks help to develop apps that provide an amazing experience to the end-users.
Undoubtedly, the coming years will see several advanced frameworks emerging in the mobile market. Yet, some of them will remain the favourite for the developers. In this blog, we have explained about the top five mobile app frameworks trending in the year 2020. 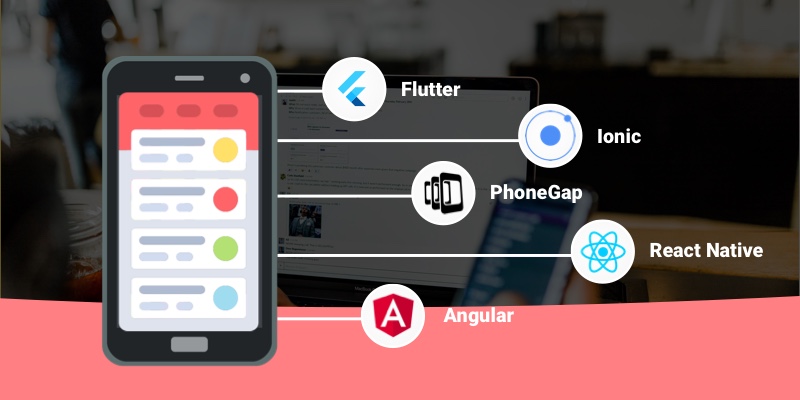 Flutter 1.0
Flutter was launched in December 2017 by Google. It is an open-source UI Framework used for developing outstanding apps for web, mobile and desktop with a single codebase. Though Flutter is new, it has huge potential to deliver high-performing apps. It supports expressive and flexible designs. It provides a rich native experience for both Android and iOS apps. It supports editor plugins for IntelliJ/Android Studio and Visual Studio Code.
Flutter’s official programming language is Dart. At times, Flutter is also called as the competitor of React Native. Both the frameworks support cross-platform app development. Today, Flutter is a stable framework which allows easy and quick experimentation, adding features, building UIs and solving the bugs much quickly. It became quite famous amongst the developers across the world much before the release of its stable version.
Top Features:
React Native
Introduced in 2015, React Native is a functional cross-platform framework and one of the most popular mobile app frameworks. It is used for developing innovative mobile apps for Android and iOS platforms. React Native is developed by Facebook and it is built on top of ReactJS which uses Javascript. Developers can build interactive, simplified and platform-specific UIs with React Native. The apps built using this framework are highly secure and reliable. It is a stable framework and has strong community support from Facebook. The Facebook team keeps introducing new features, libraries, and functionalities to React Native which is a big advantage to the React Native developers. As JavaScript is used, this framework iterates at a very fast speed; any changes are visible as soon as the code is saved. Also, it works conveniently with other frameworks as well. It is being supported by all leading IDES like Xcode, Visual Studio Code, Android Studio, etc.
Top Features:
Ionic
Ionic is an open-source framework, used basically for front-end development. It is a very stable platform and widely used by developers across the world. It was introduced in the year 2013. It is built using HTML, JavaScript and CSS. Cordova plugins provide much needed API for using native functions with JS code. It has rich UI components and plenty of useful features to build robust and performance-based native-like applications for native Android and iOS as well as web. The apps built using Ionic have excellent look and feel. It uses the same code to build apps on different platforms. This framework follows native app UI guidelines and also uses native SDKs due to which the users get the benefit of both- device features of native apps as well as UI standards.
Top Features:
PhoneGap
PhoneGap is a reliable cross-platform app development framework that was introduced in 2009. This open-source framework was developed by Nitobi, previously known as Apache Cordova. So, this framework is often called PhoneGap Cordova. It uses HTML5, CSS, and JavaScript for developing apps. The apps developed using PhoneGap provide high-performance and they don’t face any hardware limitations during integration. It allows the developers to write the code once and deploy across different mobile devices; while not losing its native features. This framework also supports hardware features like Storage, Camera, GPS, Accelerometer, etc. The developers find this framework easy to work. They can divide the modules in different team members while working on the same project. It helps them to build apps faster and saves efforts.
Top Features:
Mobile Angular UI
If you want to develop a responsive and scalable app and prefer Angular and Bootstrap then Mobile Angular UI is the right cross platform framework for you. Mobile Angular is open-source and free mobile UI framework which helps to develop HTML5 hybrid mobile and desktop apps. For simplifying the app development, it uses the Angular framework and Twitter Bootstrap, which form a great hybrid framework. It comes with awesome UI components like switches, navbars, scrollable areas, sidebars, overlays, etc. It helps to develop an attractive and intuitive user interface for mobile apps. For ensuring a better user experience, this framework uses robust libraries like overthrow.js and fastclick.js.
Top Features:

A few years ago, there were just a couple of native frameworks available in the market to develop mobile apps. But with technological advancements, a number of mobile app frameworks have been introduced that support cross-platform app development as well. For an app having several device-specific functions, native is the right option. However, if one needs comparatively simpler apps with minimized development efforts, cross-platform is the best choice.
In this blog, we have seen the top 5 trending frameworks in 2020. Hope this blog will help you to choose the best framework for your mobile app.