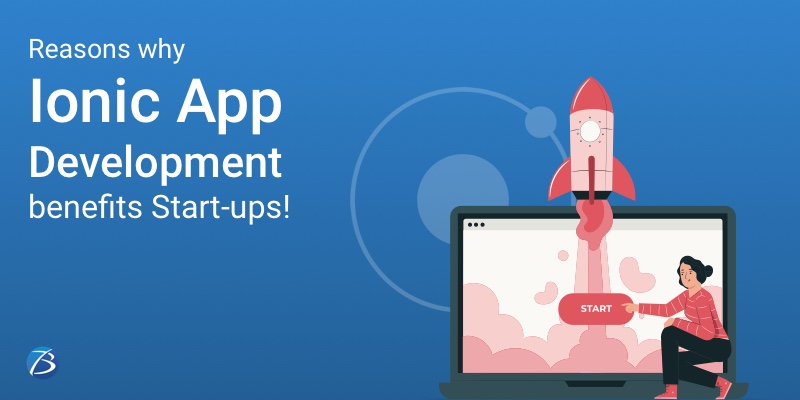 Success is not very easy for the start-ups who are planning to go for mobile app development as these entrepreneurs need to look into multiple aspects like envisaging an app with unique selling points, targeting the right set of audiences at the correct time, developing the app quickly while keeping the expenses low, and the list goes on. Therefore, it’s important to pick frameworks and technologies that will ease out app development and allow the app owners to focus on core business operations.
The Ionic SDK is an ideal option that helps start-ups to save time, effort, and costs, and sail through developmental challenges with ease. Besides, this framework is suitable for architecting apps for diverse industrial domains. This post explores the distinct offerings of Ionic that make it a popular pick amongst newbie entrepreneurs developing an app. 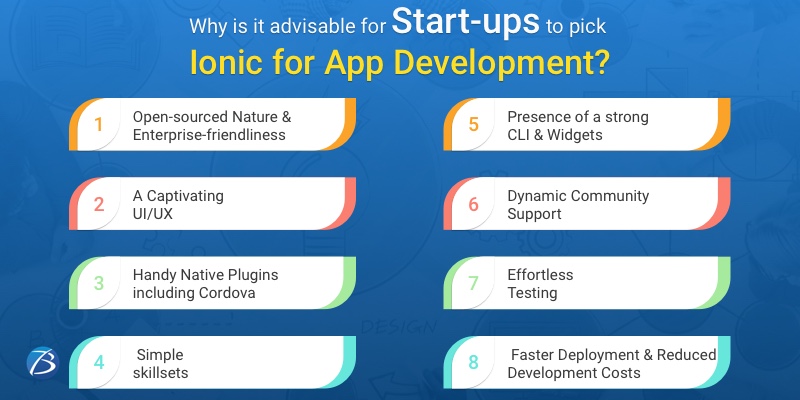 Open-sourced Nature & Enterprise-friendliness
Open-source frameworks are an ideal pick for start-ups owing to budgetary constraints and the core of the Ionic SDK is open-sourced, free, and possesses MIT authorization. As such, Ionic provides several cost-effective app development options. This framework is robust steady, reliable, and supports agile software developmental methodologies. While most of the open-source frameworks are likely to face developmental issues like sudden architectural breakdowns, Ionic is well equipped to tackle such challenges.
The framework is well-maintained and periodically updated by the Ionic team. The Ionic team also promises enterprise-friendly offerings.
A Captivating UI/UX
The UI/UX is a driving factor for an app’s success regardless of whether the app is used for marketing products/services or improving in-house employee productivity. Ionic perfectly meets this requirement as it offers loads of high-end UI elements along with multi-lingual capabilities that lead to the creation of an app with a pleasant and easy-to-use interface. Ionic app developers enjoy access to a wide range of components like themes, paradigms, etc. that help them to create visually attractive apps with a rich UX. Also, the JavaScript and CSS feature offered by Ionic allow developers to customize the app with different kinds of color schemes, menus, cards, and buttons of the app imparting a native-like look to the app.
Handy Native Plugins including Cordova
Plugins are small pieces of code written in JS format that is appended to an application and enable one to carry out tasks like in a native app. This way, plugins enhance the performance of a mobile app. Ionic app developers can access a host of native plugins and APIs to create a native-like UX. Developers can utilize as many as 120 native device features including AUTH, HealthKit, Bluetooth, and Fingerprint.
One of the most crucial plugins available in the Ionic eco-system is the Cordova plugin that allows access to OS features like camera, logs, pro-location, etc.
No need for Specialized Developers
Ionic app development uses popular technologies and programming languages such as HTML, JavaScript, and CSS. Moreover, the base of the Ionic framework is built with the outstanding technology AngularJS and Apache Cordova. So, Ionic app developers can leverage web technologies for building an app and then convert the app into an advanced and fully-functional mobile application. Owing to the use of well-known technologies there isn’t any need for developers to be trained in specific skills or SDKs. Thus, the app owner can save on hiring specialized developers and the app can be developed by regular developers with generic skillsets. That’s why most start-ups hire Ionic app developers for executing their project.
Presence of a strong CLI & Widgets
Ionic offers a built-in CLI (Command-Line-Interface). The CLI is a text-based interface that allows users to activate the “prompt” command to interact with an Ionic app through various commands.
The Ionic framework supports widget creation. Widgets help users to embed the frequently used apps to the home screens of their mobile handsets and the app can be directly triggered from the home screens.
Dynamic Community Support
Start-ups using Ionic enjoy the support of a huge dynamic community. The community lends a helping hand whenever Ionic app developers are struck or have any queries. And, as Angular and Cordova form Ionic’s base, the communities of these two technologies are also quite helpful to Ionic development teams.
A Future-proof App Development Process
Several business enterprises need to act promptly to fulfil their customers’ demands and requirements. But, making any modification, even a minor change, involves extra efforts and added expenses. Hence, companies must choose technologies and frameworks that future-proof the development process. In such scenarios, enterprises that have opted for Ionic app development are able to quickly respond to the modifications demanded by the market, users, or regulatory bodies.
For instance, an enterprise is required to update its branding style or logo. If the enterprise maintains different codebases for three different platforms – an iOS app coded in Swift, an Android app coded in Kotlin, and a web app coded using JS framework – all three codebases need to be updated separately in their respective languages. This is going to be not only time-consuming but also costly. Contrarily, if the company uses Ionic, there’s only one codebase for all three platforms; changes need to be executed on this codebase for updating all the three apps in one go.
Effortless Testing
Ionic offers effortless testing options. Ionic app developers utilize Cordova commands to perform Android app testing on the PC and simulators at the same time. For iOS apps, testing is conducted either on the Safari web browser or a mobile browser. The app can also be directly tested as a native or hybrid app, to gather clearer insights on the app’s functioning. These testing capabilities ensure the creation of a high performant and bug-free app.
Faster Deployment & Reduced Development Costs
Unlike most other frameworks, Ionic doesn’t require specialized developers to create separate codebases for native apps that target the Android and iOS operating systems. Ionic developers need to build a cross-platform app with a single codebase and then customize that codebase to function on Android and iOS. Furthermore, as Ionic involves web technologies and requires widely-practiced skills; it’s quite easy to find the necessary expertise.
On account of fewer codebases, smaller development teams, the availability of robust components & powerful plugins, lesser bugs, and effortless development; Ionic app development is speedy as well as cost-efficient.