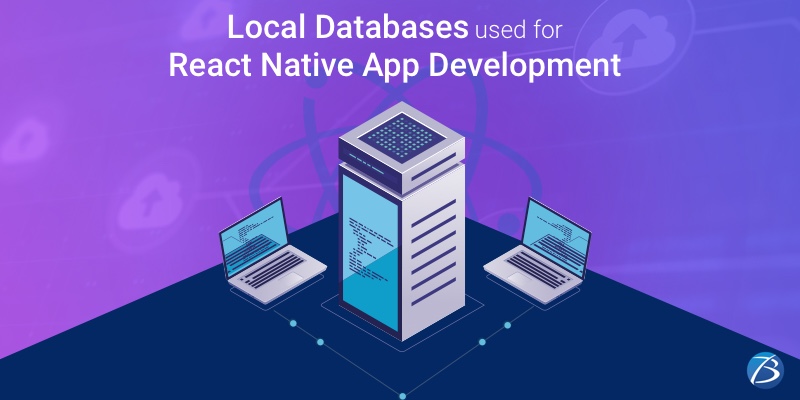 React Native has become the most talked-about technology in the last couple of years and its popularity as a cross-platform framework owing to cost efficiency has made React Native Development the most preferred development technology in mobile app development companies. Due to the ever-growing demand, it is expected from the developers to build highly performant apps. One of the challenging decisions while architecting React Native apps is to select the right database for the project. The good news is, that the React Native framework comes with some really good choices available for data storage. So, in this blog, we will shed light on top React Native databases for 2021. Let’s explore them in detail. But before that, let’s quickly run through the significant factors that a React Native app development company should consider while choosing the apt database for React Native App Development.

Data and App Complexity: complex data sets in the applications can cause severe app performance issues. So, databases that can store complex data should be chosen. Apps that have lower complexity can use simple databases so that such apps can be easily synced with the server. But complicated apps with multiple-user collaboration requirements require a complex database for ensuring seamless syncing.
Memory Handling: inadequate database memory management can lead to the crashing of apps. Hence, it should be ensured that memory management is done efficiently through processes like compaction, garbage collection, etc.
Line of Codes: if a higher number of code lines are used in a project for CRUD like operations, then an advanced database should not be the choice as the coding gets more cumbersome. This code complication deteriorates the performance of the app significantly.
Data Conflicts: the possibility of data conflicts increases when more collaboration related features are added to the app and data is being used concurrently. So, it is always good to select a database that handles data conflicts and concurrency and shares the conflict handling policies on the website or at least on repository pages. 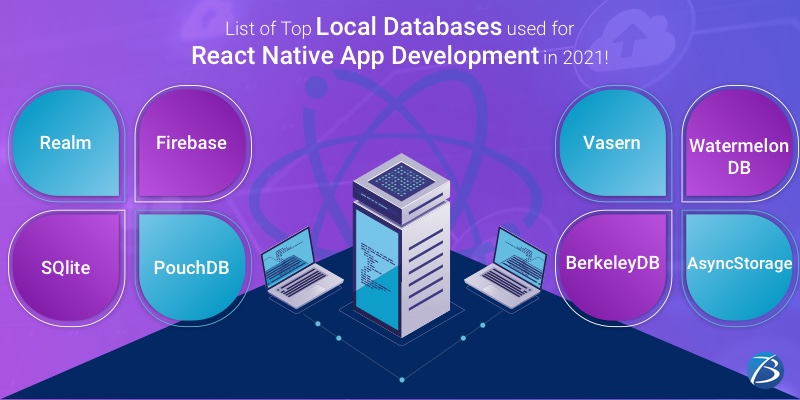 Realm
Realm is an object-oriented database that enables the creation of real-time and offline applications that run on both- wearable devices as well as smartphones. It is one of the top React Native databases amongst all the available ones. This database is highly preferred when the end goal of the project is building high-performance apps that can deal with a huge data flow. The database benefits both platforms- iOS and Android. It doesn’t depend on key-value stores as it has its own database engine. Realm allows the React Native app developers to frequently undergo tables, mapping classes, fields, foreign keys, etc.
Key Advantages of Realm:
Firebase
For React Native development, Firebase supports real-time NoSQL DB. This database is known for its offline data modifications and data synchronization capabilities. Besides, it can handle M (model) and C (controller) of the MVC that is needed while building React Native applications.
Key Advantages of Firebase:
SQlite
SQLite is a relational database management system developed for offering local storage to React Native applications. ‘Lite’ in SQLite depicts the light-weight nature of this database. Also, this database is very easy to setup. It can be directly integrated with the mobile applications for accessing the database. For data encryption, SQLite can be used with an extension called SQLite Encryption Extension (SEE).
Key Advantages of SQLite:
PouchDB
This is a Java script database developed using a storage mechanism and CouchDB protocols. It stores the data in JSON format. This open-source database enables the React Native developers to read, create, delete, update, and query the objects using a singleJS API. Furthermore, PouchDB is compatible with MongoDB, CouchDB, PostgreSQL, and MySQL.
Key Advantages of PouchDB:
Vasern
This is an open-source, lightweight, and fast database used for React Native based application development for both- Android and iOS. It is developed with a robust server-side language-Golang, created by Google. Vasern’s API can also be utilized for syncing across app clients, local storage, and for cloud storage.
Key Advantages of Vasern:
Watermelon DB
This database is built on top of SQLite. It can scale a myriad number of records without impacting the application speed. This is perfectly optimized for the creation of complicated React Native apps with real-world performance.
Key Advantages of Watermelon DB:
BerkeleyDB
This is a high-performing backend and allows the React Native developers to handle data in several ways. It comes with an API that is compatible with numerous languages and several platforms like Android and iOS.
Key Advantages of BerkeleyDB:
AsyncStorage
This is a local storage database and comes in-built with React Native. It enables React Native developers to persist data between reboots of the apps. It acts as an outstanding solution for saving the data that the app required, even when the app is being closed by the users.

Apart from the local databases mentioned here, there are several other databases available for the React Native app developers to utilize in their projects. But, the choice of a database used for React Native mobile app development ultimately depends on the project requirement, its scope, and end goals. For instance, Firebase suits perfectly when one has to develop real-time apps. Realm is great for almost every possible requirement, but comparatively, SQLite doesn’t provide the same level of performance, scalability, and security. Rather SQLite is good to go with when one requires to leverage the abilities of a relational database. So, the one that suits your requirements is the best choice for you.
Here we come to an end! We hope this write-up was insightful.
If you know any other React Native databases for app development, do share with us in the comments below.