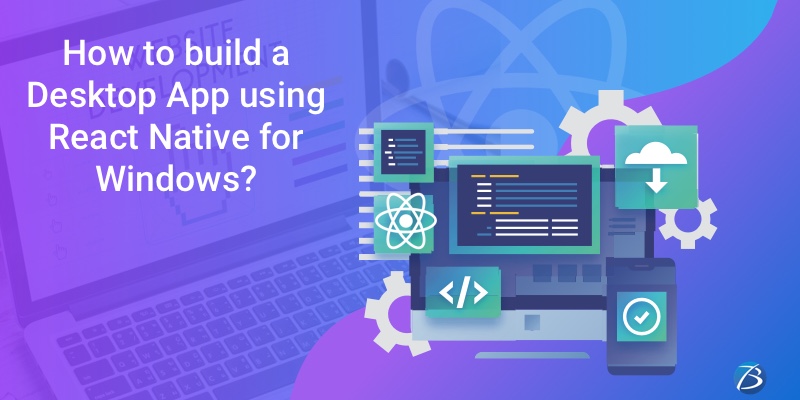 Would you like to architect a premium quality Windows Desktop Application? Well then, employing React Native for desktop/Windows is one of the most preferred solutions for desktop application development. The reasons are manifold.
Facebook devised React, a free and open-sourced library known for crafting dynamic user interfaces. Later on, the Facebook team coined React Native. Using the React Native framework, developers were able to build cross-platform native mobile applications with React as the core interface. Furthermore, they were able to develop native mobile apps for iOS/Android, employing a single codebase based on React syntax.
This blog provides useful insights on React Native for Windows, its usage in a project, and guides you through the key technical steps involved in building a React native desktop app. So, let’s get the ball rolling! 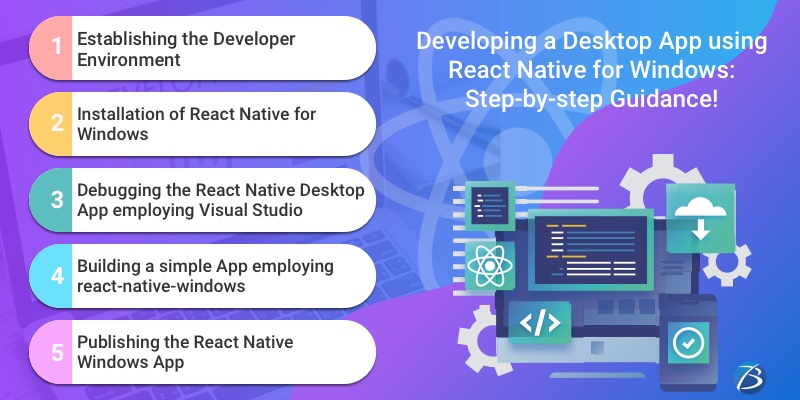 Establishing the Developer Environment: Step1
Set-ExecutionPolicy Unrestricted -Scope Process -Force; iex (New-ObjectSystem.Net.WebClient) . DownloadString (‘https://raw.githubusercontent.com/microsoft/react-native-windows/master/vnext/Scripts/rnw-dependencies.ps1 ’)
Installation of React Native for Windows: Step2
Here’s how to set up react-native on windows. Check out the steps to follow for developing a Windows Desktop App employing React Native!
Important Note: The first build process involves compiling several C++ sources files and so takes some time to get completed. There is a possibility that the build process might stop and show an error. In that case, you have to run a command for detecting those errors.
Here are the commonest errors that might occur during the build process, along with possible solutions:
Debugging the React Native Desktop App employing Visual Studio: Step3
Follow these steps to debug the React Native desktop application.
Inside React Native Windows: Key Aspects you Need to Know
Building a simple App employing react-native-windows: Step3
Now create a simple UWP application that will display a greeting message after you submit your first name and last name. The steps are as follows:
Publishing the React Native Windows App: Step3
Use Microsoft store to publish your application. To build the standalone react native windows app:

So, this is how you need to establish the set-up of a React Native Windows App and thereafter develop, debug, and publish the same. The React Native for Windows project undoubtedly renders platform-specific UI elements from a codebase that is based on JavaScript.
For any kind of technical assistance concerning React Native app development, contact Biz4Solutions, a proficient mobile app development firm delivering high-end React native app development services to global clients across various industrial domains. Our skilled professionals possess the required experience and technical expertise to deliver highly functional and productive software solutions.