In 2013, when the Facebook team first introduced ReactJS to the tech world, it was the beginning of something more useful- React Native. Until then, Facebook was dependent completely on HTML, which resulted in slow retrieval of data and had some performance-related issues. In 2015, React Native was released and made available to the public on GitHub. It was then made open-source too. Within just three years of its inception, it gained immense popularity in the software development world.

Today, React Native has 92.7k stars, 3.7k views, and 20.4k forks on GitHub and also one of the most popular repositories.

What will we cover in our React Native Framework Guide? Below are some of the topics that we will be looking at. 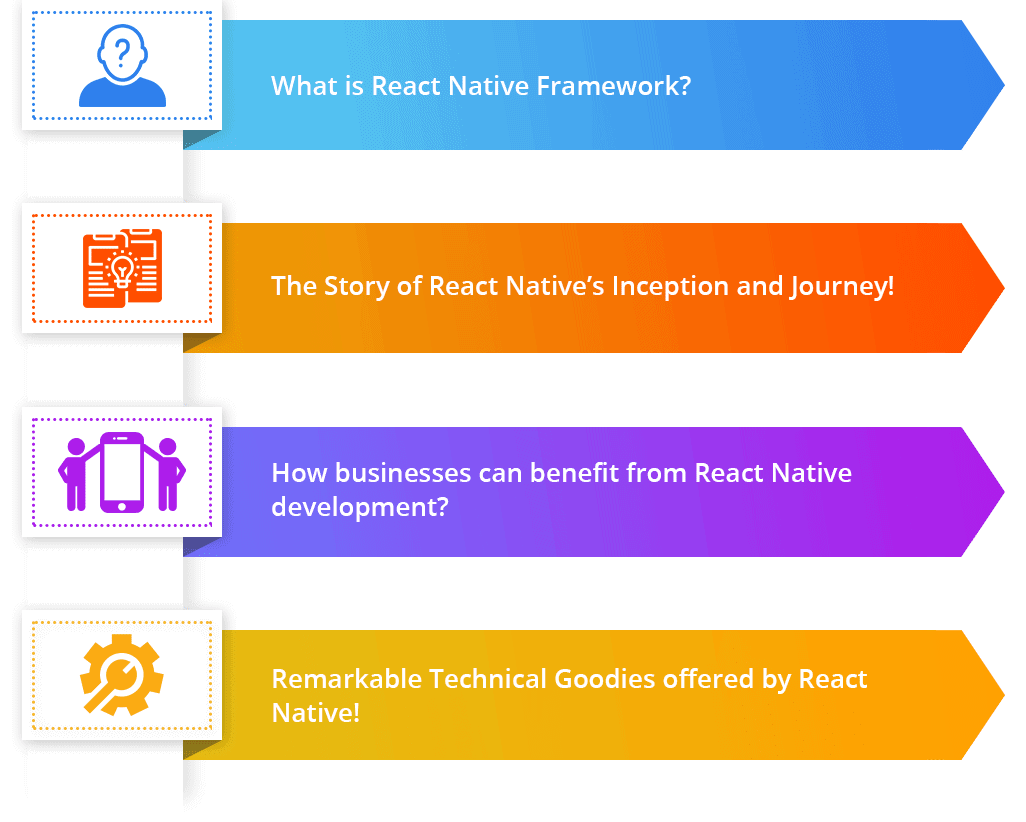 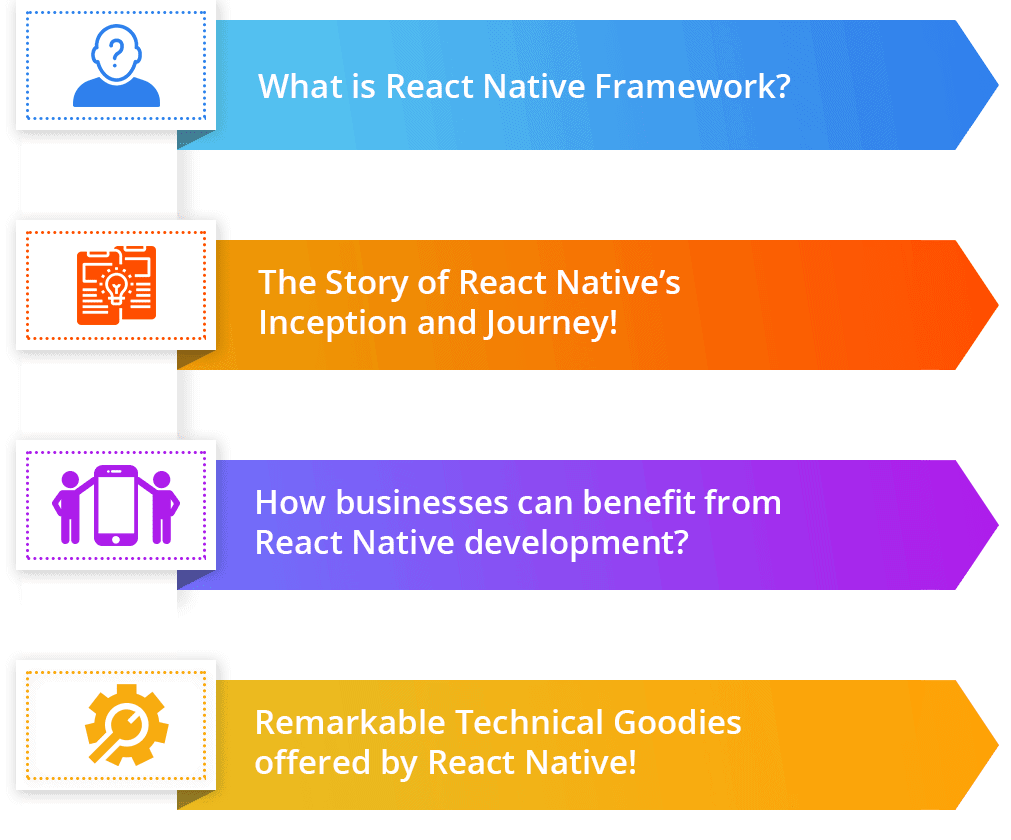 The purpose behind creating this page

From A to Zee, this page will consist of everything about the React Native Framework. This page is meant to benefit one and all in the React Native world! It will guide the readers through authentic and comprehensive knowledge of RN. No more searching! Get all the information in one place.

For whom is this guide useful?

Is React Native your next preference for app development? Then this page is for you. This guide is a single source for those who want end-to-end theory knowledge on RN. It helps mobile app developers, start-ups, small or medium-sized businesses, experienced professionals, technical enthusiasts, etc. to get the hang of RN.
This is a long read, so that you understand anything and everything about this significant framework. You can download the pdf version too if you do not have time to read here.
Get PDF version

What is React Native Framework?

What is React Native Framework?

React Native(RN) is one of the most revolutionary frameworks designed for the development of cross-platform applications i.e. applications compatible with multiple platforms or operating systems like Android, iOS, etc. It has the capability to expand across other platforms if discovered in the future.

Developed by Facebook in the year 2015, this is an open-source framework and leverages the best of React.js for building mobile apps. It is also used as a code library at times. The React Native apps are written using a mixture of languages like JavaScript and XML –esque mark-up, also called as JSX.

Despite being as young as five years, React Native development has become much popular. The reason behind its soaring popularity is its ability to develop high-performing apps in lesser time while keeping the budgets under control.

Why the name ‘React Native’?

RN is very tightly coupled with React. RN makes use of React for developing the components of the apps. It follows almost the same design principles used by React to enable the creation of a rich mobile user interface. Besides, RN develops cross-platform and hybrid apps that come with native-like properties. Hence, the name- “React Native” was given to this framework.

Well, RN is not purely native, but the developed applications are much closer to native-like look, feel, and experience. This framework utilizes similar building blocks like Android and iOS platforms which makes the resulting applications perform similar to native apps.

What does this Framework Promise to One and All?

As we already know, React Native renders native apps for Android and iOS platforms. With the use of JavaScript, React generates native viewsprogrammatically and also takes charge of the view-controller. It mainly focuses on mobile platforms and doesn’t target browsers. For React app developers, the upper edge is that majority of code is written in JavaScript and can be shared across platforms, thus enabling simultaneous development of apps for both- iOS and Android. This expedites the development process and provides a native like feel to a great extent. The main reasons behind this are:

React Native can be used for designing production-ready mobile apps that make use of real mobile UI components, and not web-view. This imparts a native-like and smooth appearance to the apps. It also makes the JavaScript interfaces available for platform APIs, which allows the React Native apps toembed platform features like the user’s location, phone, camera, etc.; thus bridging the gap between the performance of native applications and the easy development of web applications.

Besides, React maintains high app performance without compromising on any capabilities because it works separately from the main UI thread. The update cycle in both, React and React Native is the same, so, when state or props change, React Native re-renders the views. The major difference between React and React Native in the browser is that React Native does not use HTML and CSS mark-up, but utilizes the UI libraries of its host platform.

Today, this vibrant technology has been widely adopted by thousands of businesses globally. It is a favorite choice of coding beginners, experienced engineers, and business leaders. React Native development is extensively employed for a wide range of industrial applications. Facebook, Instagram, Skype, Microsoft, Snapchat, Airbnb, Tencent QQ, and Uber are just a few names amongst the ones who chose React Native development for some or the other part of their projects.

Some Thoughts of Robert Sekulic on React Native

Robert Sekulic, who was VP of marketing at Shoutem and is now a partner in Prototyp, quotes his thoughts saying: “React Native is just an abstraction, based on native code, which allows you to write cross-platform or even use native code when it’s impossible to abstract the concepts from iOS and Android technology. Apps built with React Native are very responsive, scalable apps with complex animations and concurrent logic. How can you know that? Just take a look! Here are the apps already built using React Native: Airbnb, Instagram, Skype, Wix, Tesla.”

For better insights on this framework, also have a look at our posts mentioned below:

Noteworthy Pros and Cons of the React Native Framework!

Why React Native is a Leading Choice for App Development over Hybrid Apps?